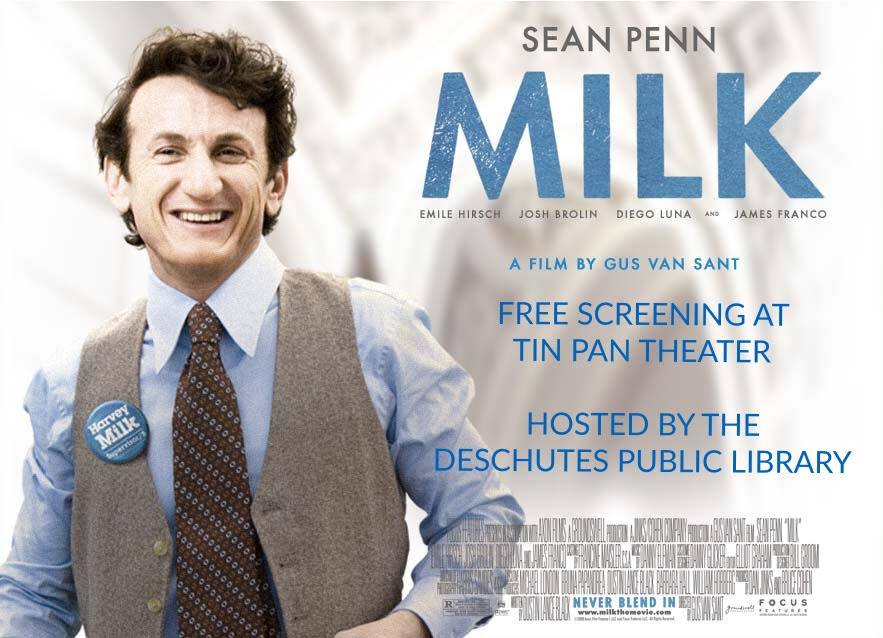 Come to Tin Pan Theater and screen the movie chronicling the life and the assassination of gay activist and elected official Harvey Milk.

Check out all upcoming events here

Directed by Gus Van Sant and starring Sean Penn as Harvey Milk and Josh Brolin as Dan White, “Milk” is a 2008 American biographical film based on the life of gay rights activist and politician who was the first openly gay person to be elected to public office in California, as a member of the San Francisco Board of Supervisors.

Admission is FREE, but seating is limited and available on a first come, first served basis. Doors open a half hour before the showing. Come early! Snacks and beverages available for purchase at the concession stand.

The theater is located in downtown Bend in Tin Pan Alley, right next to Lone Pine Coffee. You can access the alleyway off Minnesota. It is across the street from the Oxford Hotel and the parking garage, where parking is recommended.