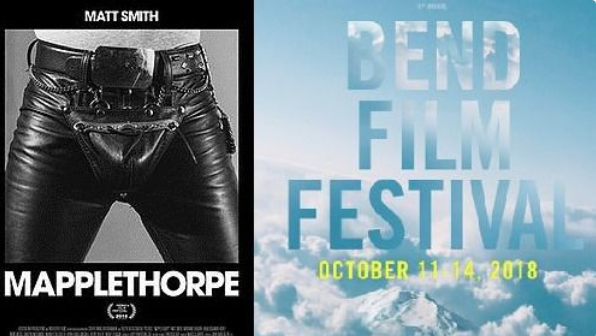 Bend Film brings ‘Mapplethorpe’ – as part of its annual Film Festival and invites OUTCentralOregon to participate.

Robert Mapplethorpe is arguably one of the most important artists of the 20th century. Mapplethorpe discovered himself both sexually and artistically in New York City throughout the 70’s and 80’s. The film explores his life from the moments before he and Patti Smith moved into the famed Chelsea Hotel, home to a world of bohemian chic. Here he begins photographing its inhabitants and his newfound circle of friends, including artists and musicians, socialites, and film stars.